Dark Oracle - Mass Market Paperback (May 25, 2010) by Alayna Williams
Dark Faerie Tales UF Reading Challenge Book #2
I try to never start a book with preconceived notions, but when I picked up Dark Oracle ,as my next in line for DFT UF reading challenge , I have to admit I was NOT feeling much enthusiasm for the book. Why, you ask?? The thing is I couldn't even tell you why! In fact Dr. Tara Sheridan,the protagonist, and I have a lot in common. We both attended college to become FBI profilers, and we both enjoy observing and reading people. We were also both raised around Tarot cards. Where I did not continue the the family trait of Tarot divination, Tara did and used in her former profession until she was brutally attacked by a serial killer she was hunting.
The opening chapter introduces you to Dr. Sheridan, now a recluse after her savage ordeal. She is skittish and even seems to shy away from readers. By Chapter 3 you start to see glimmers of how complex,independent, and highly intelligent this book and it's characters are...and that's when I realized preconceived be damned.
Tara is asked to leave her safe haven by an ancient secret society, the Delphi's Daughters, and use her natural talents to locate a missing scientist, Lowell Magnusson.  She grudgingly accepts knowing it is the right thing to do despite her bitter, mistrustful past dealings with the Delphi's Daughters. Soon she realizes the situation is bigger then just one missing scientist. Magnusson has discovered a scientific breakthrough that governments would kill to acquire. Side by side with skeptic Agent Harry Li, it is a race to unlock the mysteries of science, life, and personal healing, all while protecting Magnusson's daughter, Cassie.
The more Tara uses her cards for guidance , the more she realizes how much danger they are all in. With enemies attacking from every angle and Tara's traumatic past intertwined with it all, she only hopes she doesn't fail Cassie.
Williams, aka UF author Laura Bickle, reads like  Criminal Minds meets Richard Condon meets Medium. It definitely did not read like a typical UF, and sometimes it did get bogged down in the extreme divination interpretation details, but surprisingly I liked it.
I also enjoyed the fact that I didn't have to shoot Stephen Hawking a tweet to understand the mind blowing scientific end of it. I am sure he appreciates that fact also.
I am very curious to read the next installment to see how the characters will develop.
3.5 out of 5 wooden stakes v~v
Posted by bloodycrumpet at 1:15 PM

Email ThisBlogThis!Share to TwitterShare to FacebookShare to Pinterest
Labels: bibliphilia

bloodycrumpet
the asylum
too complex to describe, but in a few words..a reader , a writer and a fierce melee fighter. 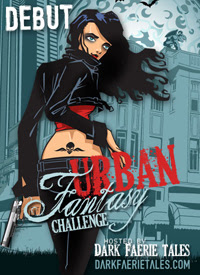